For ‘immediate withdrawal of all Russian forces’ from Ukraine, says Sinn Fein congress 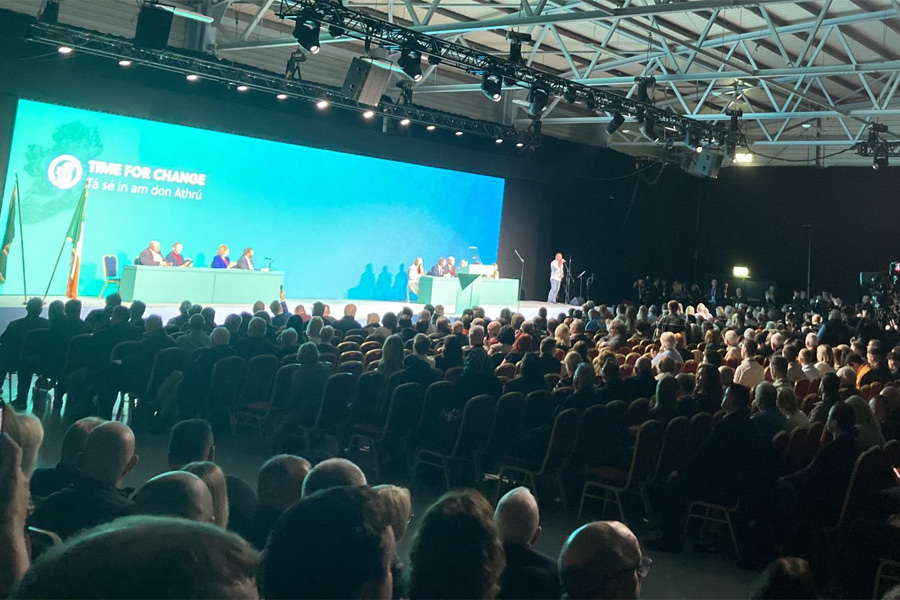 [I have edited this post to insert the actual text of the Ard Fheis resolution and the remarks by Mary Lou MacDonald as quoted in the text cited in the Comment below by reader Jim Monaghan. Thanks to Jim for this. – R.F.]

This Ard Fheis unequivocally condemns all forms of imperialism and colonial aggression.

We oppose the denial of national self-determination and all violations of national sovereignty throughout the globe, and without exception.

We assert that the primacy of international law must be upheld and enforced with respect to the exercise of national self-determination, sovereignty, and democracy of all nations.

On that basis, we call for:

– A complete end to the war in Ukraine;

– An immediate withdrawal of all Russian armed forces;

– And, maintenance of all appropriate political and economic sanctions until these outcomes are achieved.

This was the first Ard Fheis since the end of the COVID lockdown. Also in attendance were several Palestine solidarity groups and collectives from Palestine civil society. The Ard Fheis’s keynote speaker was Omar Bargouthi, a founder of the Boycott, Divestment and Sanctions movement (BDS), which Sinn Fein supports.

In her final speech of the Ard Fheis, Mary Lou McDonald, the president of Sinn Fein, stated:

“We stand with Ukraine. We will support you until that day when your beloved homeland is free from Russia’s war. Russia must end its war. The journey to peace must start now. Ireland stands on the side of international law, against those who trample on the rights of others. Be it Putin’s war or Israeli apartheid.”

[1] All quotations retranslated from the French, as I was unable to find the original English or Gaelic. The PTàG report is republished from “Questions nationales, de l’Irlande à l’Ukraine …” The author, Bernard Dréano, is a member of the Center for International Solidarity Studies and Initiatives (CEDETIM) and of the European Citizens’ Assembly France (Helsinki Citizens’ Assembly France), member associations of the Initiatives for Another World Network (IPAM).